The Collusion of Mediocrity 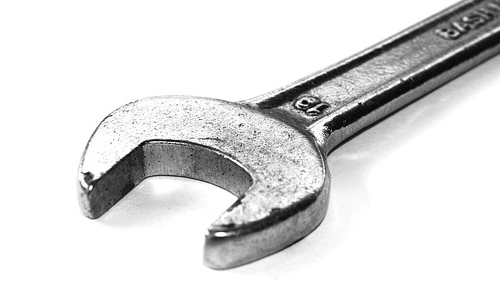 The Collusion of Mediocrity is a concept developed by the internationally acclaimed change facilitator Paul Levy. The background for the concept is that there is an often unspoken agreement to avoid discomfort through avoidance of real honesty and challenge – the result is mediocrity – something less than was there in potential. In organisational life, this collusion is almost always kicking in.

Paul Levy has a very efficient method to challenge the collusion of mediocrity: For a collusion to be broken it must first be named. The collusion often wears the mask of its opposite e.g. transformation. Colluders tend to talk the big things down and the small things up. They create a virtue of diluting and hate zones of challenge and discomfort.

Each level can be experienced on its own, and one or more level can be operating at the same time. The labels are deliberately provocative to get the brain cells buzzing!

At this first level, comfort is sought at the expense of honesty and risk of discomfort. A superficial “niceness” exists and it is not a norm to show any extremes of emotion, thought or deed. The status quo of safety is secured at a price. Potentially uncomfortable things are left unsaid. Problems of “papered over”. In the restaurant where we might be dissatisfied we tell the waiter, when asked, that the meal is “fine”. We do not wish to “rock the boat” or to “muddy the waters”. We tend to dilute problems – real problems – down to a “storm in a tea cup”. We never get too positive either, too excited over a good outcome. Excellence and joy are diluted down to pleasant “okayness” or “niceness”

At level 2, we break the collusion of level one and surface what is really going on, even at the risk of discomfort. We go wild with praise where such wild praise is due! We call things by their real name where such things are causing problems which need to be honestly named. A catharsis often occurs as things come out into the open. But then we stop there, often with a big sigh! We say: “Well now that was a fine thing. We got “everything out in the open” in the hope that saying it will be enough. However, nothing is done as a result. The ritual of honesty is seen as the end point, more than enough for us to bear. Soon everything settles again and the same problems occur or the good and bad practice is neither built nor improved upon. In some ways the sudden openness is so traumatic that it paralyses us into inaction!

At Level 3 we stand on the threshold of change. Things have been truly named – we know what needs to be done. We have named the state of affairs and all is out in the open. The issues have been surfaced. And then, we falter. We embark instead only on the smallest, easiest change, often under the guise of “taking little steps”. Often incremental change is the right course, but not as a collusion or a delaying tactic. Not as an avoidance method! Instead of changing the system that needs to change, we simply tinker with the current one. We take a small jump when a large leap is required. The result: the change identified with honesty, the catharsis experienced, falls at the first hurdle. Collusion level 1 kicks in and we say – “We’ll we’ve done well to come so far”. Yet the potential was so much greater.

Here we begin to make the change we need to make, no matter how daunting. However, there is no follow through and soon things revert back to their former state. Even honest, dramatic change requires perseverance and here the lack of follow up leads to things running out of steam. Momentum is lost and no one challenges this. Defeat is snatched from the jaws of victory.